Food gold: confectionary edible, assay, properties and forms of release, spectacular use in the food industry

Precious metal has always been of value to mankind. The rare, unusually attractive, expensive material has been helping to increase the assets of its owners for many centuries. The gem has been actively used in medicine and as edible gold in cookery. Below we will tell you what it is and how it is used.

Gold in the food industry: index, composition and production technology. The origin of the term "gold leaf"

Gold leaf - is a very thin sheet designed for interior decoration. Later, the resulting formula began to be actively used for the food industry. Such plates have a perfectly smooth surface, without cracks, gaps or bends.

Food-gold is used as a confectionary and culinary dye. The natural or chemical metal is used to give a natural color to a dish or an exquisite hue to a pastry.

Edible precious metal is considered an inert material that cannot harm the human body. It is produced from either naturally or chemically extracted metal. Regardless of the method of extraction, the material does not change its properties or taste.

The process of making such a food jewel is not an easy one:

The entire production process is mechanized, requiring the use of special equipment. This is the only way that the sheets get the same thickness and are processed evenly.

Assay and properties of food gold

When considering the properties of gold foil, it is important to remember the peculiarities of natural metal. The pure, unadulterated product has a yellow-green hue with an unusual luster. The material is soft, malleable, and one gram can cover an area of several hundred square meters.

The natural precious metal is used as a base for making decorative gold leaf. The additive is not capable of being absorbed by the body and is dispersed in the blood. It is eliminated from the body as quickly as possible in its natural form.

The following properties of the element are distinguished:

The additive can have a format:

Leaf metal Although it belongs to the food additives, it does not require special storage conditions. In addition, the product is not able to interact with the components of the environment, which means that it does not spoil or deteriorate. The additive can be preserved for up to a year.

The practice of applying the golden ingredient around the world

Gold pastry décor is most often used by high-end pastry shops. It can be used to decorate a cake, cover a dessert or cakes. The decor is popular all over the world in the confectionery, culinary and wine industries:

Read also
Wormwood gold - what is it, what is its assay, what does it look like, its origin, composition and value today

Area of application The cost of such food sprinkles is limited to a great extent.

Confectionery gold is designed to decorate desserts and other sweet products. The additive adds glitter to the surface, helps make a bright accent, and significantly increases the value of the treat. Gold for cake, desserts and candies allows confectioners to make their products unique. Using the decoration, following the instructions, you can make a perfectly smooth, bright, exclusive surface.

Gold leaf is also used in cooking. An unusual spice can be sprinkled on food from different cuisines around the world. The bright accent can be given to absolutely everything, even black caviar, sushi and fast food.

The peculiarity of the additive is the absence of odor and taste, it is not able to affect the properties of food, it is used solely for decorative purposes.

Use of Gold in winemaking was originally introduced with medically. The Catalan physician Arnaldo de Villanova first invented an elixir containing gold flakes to treat the Pope beginning in the 13th century. It was not until 1598 that wine with the food additive became an elite alcoholic beverage.

Such small particles give a special look to the drinks, emphasizing the festive atmosphere.

In the coffee industry

Now even coffee houses have started to use the decor. Coffee drinks with gold accents are becoming a global trend. Back in 2017, the UAE offered its tourists to drink coffee worth more than 1,500 rubles per cup.

For centuries, it has been believed that the use of dietary gold can prevent the development of serious diseases. Chinese doctors used the metal to treat measles, smallpox, and skin ulcers. Native Americans used it to treat diseases related to mental development.

Since the 16th century, it became a habit in Europe to eat candy with an edible wrapper after a meal. It was thought to help prevent the development of heart disease.

Since 1929, worldwide research has been conducted on the effects of the precious metal on various diseases. Then the "gold" medicine began to be used to treat arthritis, it was covered coronary arteries to strengthen their walls, used to implant the facial nerves for paralysis. Many countries around the world added gold grains to daily beverages, as the additive had a general strengthening effect on the body.

Read also
Pink gold: history of the color of the metal, 3 tests and properties of the alloy, how it differs from yellow gold, the cost per 1 gram of metal

The benefits of leaf gold for the body: myth or truth

It is believed that gold has a beneficial effect on human body. At the same time it is not absorbed into the blood, does not dissolve and is invariably eliminated from the body. Precious metal has the following useful properties:

In the past, doctors recommended using gold to cleanse the body, for problems with the heart, liver and digestive system. In this case, even today, it is not fully known whether the metal is able to "cure". One thing is clear - it is definitely not harmful to the body.

You can't buy a real edible decoration cheaply. The average price of 10 mosaic sheets is from 2,500 to 3,500 rubles. On the territory of Russia popular brands of the product are:

You can buy the supplement in Moscow, St. Petersburg, Rostov and Yekaterinburg. Wholesale and retail is available through specialized online stores. Delivery is possible to Saratov Krasnodar, Nizhny Novgorod and other regions of Russia.

Video: spectacular use of food-grade gold

I first learned about gold leaf at work. It was used as a sprinkle to decorate confectionery. Such a small element drastically changed the look of sweets. We decided to try leaf decoration, which is also easy to work with. Such desserts cost more, but they go down a treat.

Being interested in the novelties of the industry, it became clear that gold decor has become a trend of our time. I also wanted to try it. At first we used exclusively fine gold, and gradually became acquainted with sheets as well. The right product helps to create a unique eye-catching sweetness, as well as giving dishes a rich appearance.

To attract attention to your own products, you often have to experiment. Few people are surprised by chocolate figurines anymore. Gold elements added to products do not weigh them down, but rather make a festive accent. Gold in any form is comfortable to work with, and the appearance of products changes instantly. 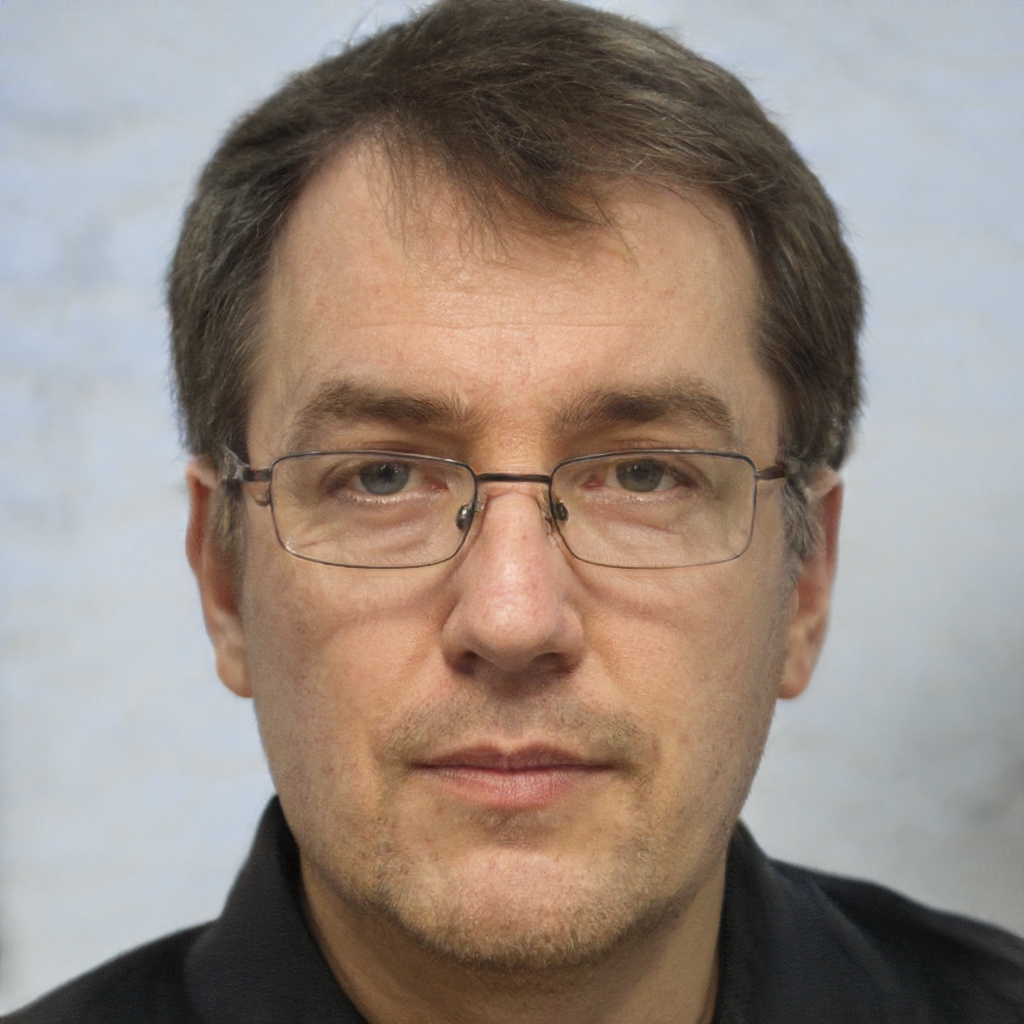 Motev Andrei
Chef of the Desertier restaurant chain in Krasnodar
Ask a question
Gold is rarely used for dishes in everyday life. Most often such luxury is preferred to see at vip-events and elite receptions, when guests want to surprise with a variety and luxury of dishes. Most often unusual desserts or drinks with precious metal are ordered, but there are also connoisseurs of "golden snacks".
It must be said that the material is completely safe for health and is not capable of provoking allergic reactions. The absence of taste and smell is not able to change the taste of food, which is also important. With gold, you can make inscriptions, drawings or put an image. In any case, the dishes look festive and unusual.

The author of the article
Raisa Koshman
A chemical technologist by training. She is engaged in manufacturing silver and gold jewelry in her home workshop. She has the 4th category of jeweler.
Written articles
149
Post Views: 17,868
Tell your friends 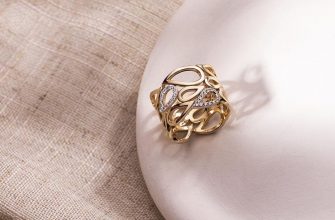 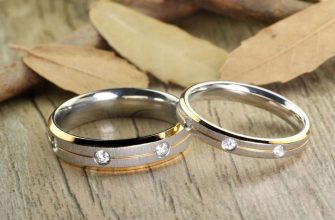 TYPES OF GOLD
What are the differences and which is more expensive white or yellow gold: the advantages and disadvantages of the two precious metals
When one hears the word "gold," one imagines the classic
1
HOW TO CLEAN GOLD 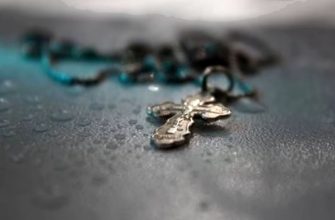 HOW TO CLEAN
Top 10 best ways to clean a silver cross from blackness quickly and effectively at home
When metal is in constant contact with the body, it gradually
0 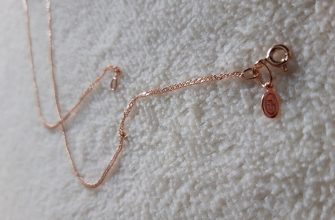 HOW TO CLEAN
Top 20 best ways to clean gold chain to shine at home quickly and effectively: maintenance tips
As you wear the jewelry, you may notice a characteristic
0
RUBRICS
Ask a question to an expert