950 proof: the same grade of gold, silver and platinum, the meaning of the purity of the metal, properties and active use in the years of the Soviet Union

In many countries of the world 950 Sample was referred to as antique silver. It was used in France, Mexico and Italy. Nowadays, such pieces can be found only at antique dealers. However, there are other metals with this hallmark.

950 - what kind of metal it is, what it looks like, how many carats

The 950 hallmark can be seen on gold, silver and platinum. In the 19th and 20th centuries this silver и gold alloy was popular in the manufacture of household items in the United States, Japan, Italy and many other countries. In Russia, this metal was almost never used. It was considered high grade, which allowed its use in many products. Before the revolution the mark 950 corresponded to 91 zlotniks.

According to the modern metric system measurements 950 refers to platinum, corresponding to 23 carats. Alloy composition contains 95% of pure metal, 5% of platinoids (ruthenium, palladium). This provides the jewelry with durability and strength.

Platinum items may well be casual.

The rarest 950 gold: composition and properties of the alloy

Gold stamped 950 is a high grade gold metal. It has a distinctive bright yellow hue. This grade is used worldwide for food-grade gold and jewelry. But this mosaic is used much less frequently than 958. The marking indicates that the alloy includes 950 grams of noble metal, 50 grams of ligaturesconsisting of copper, silver, per 1 kg.

Read also
985 gold and silver: the characteristics of the highest grade, the correspondence of the carats, the use in various fields, the cost and the nuances of care

At the time of USSR The metal was used for the production of military awards for participants in the First and Second World War. This alloy was used to make the world-famous Star of the Hero of the Soviet Union.

Silver 950 is distinguished by its malleability, which allowed it to be used to make unusual figures and interesting handmade patterns. С precious metal large-sized household items and cutlery were poured out.

Plasticity for this assay was a plus and a significant disadvantage. The silver gradually wore off as the metal ligature is no more than 5%, it did not give the necessary hardness to the items.

The alloy had to be abandoned because of its high thermal conductivity.

To be safe, the handles of individual items were made of materials that were not exposed to heat. That is why today you can see antique services with wooden handles. To improve the appearance, such elements could be gilded.

Platinum of the same assay was often used in the manufacture of utensils. The material did not dissolve when in contact with acids, which greatly expanded the field of its application. The metal was quite strong compared to silver or gold, which was a significant advantage.

Platinum jewelry began to be produced much later. Pharaohs, monarchs and members of their families had their first jewels. Working with metal belonged to labor-intensive, time-consuming processes, skill was required to create jewelry.

Rare platinum jewelry was practically all inlaid with precious stones, which was facilitated by the high density of the metal and its resistance to damage.

Platinum matched best with a variety of stones, accentuating their natural beauty. The cold steel color allowed to further emphasize the richness and richness of the piece.

Similarity with 985 breakdown, how to recognize

High Strength gold consists of 95% precious metal, 5% silver and copper additives. These impurities give the alloy a hardness that makes it similar to the 985 assay. Both alloys meet the physical characteristics of pure gold due to their low additive content.

So simple. Composition makes the alloys soft, which makes the items subject to rapid deformation. At the same time, objects made of pure precious metal do not corrode. Both assays have a characteristic natural bright yellow color.

Only a professional can distinguish them, because the difference in impurities is minimal.

The popularity of the assay during the Soviet Union

Today it is quite difficult to find gold with the rare marking 950. These items have been the objects of private antique collections for several decades. Metal with this marking was used to make jewelry in the Soviet Union for only a few years. You could only see such a mark on a wedding ring made in the 60s and 70s.

The ornament was poured thick enough, could weigh at least 8g, but was not particularly practical or hard.

Engagement rings in those days were a valuable attribute, which is why they were made of almost pure precious metal, despite its physical properties.

GOST and the narrow application of 950

Sample of this gold was controlled by USSR GOST 6835-80 from 1983.01.01, according to which the purpose of the alloy - to cover sliding contacts, electrical conductors. Therefore, pure gold could be extracted from old USSR-era equipment by refining. The metal could be used to make susali and exhibition jewelry.

Often referred to as 950, it is referred to as white gold because it bears some resemblance to platinum. But these jewelry compositions have nothing in common with gold. Branding 950 corresponds to 23 karatam and means that the jewelry contains at least 95% of pure platinum.

A sturdy bracelet, a shiny necklace or earrings are made of platinum.

Any piece of jewelry will be wear-resistant, with no tarnishing or oxidation in contact with the environment. However, how much such jewelry will cost depends on its type, the properties of the metal and the manufacturer.

Read also
375 karat gold - as opposed to 585, what is the difference: composition, characteristics, price per gram, selection rules, customer feedback on the quality of the metal

Is it profitable to sell 950 jewelry

Today, the designation 950 refers specifically to platinum, which is becoming more and more popular every year. White The metal's unusual luster allows it to be used in combination with precious gemstones. Platinum jewelry with a diamond is unsurpassed in appearance. Platinum itself is less fragile, which ensures that pieces do not break and rarely deform.

It is worth noting that platinum is an expensive metal, the price of which is significantly higher than similar products of white gold. Its rate increases every day, which makes the precious metal more profitable for investment.

From my great-grandmother I inherited a gold engagement ring from the Russian Empire, weighing almost 10 grams. The engraving on it says 950 proof, which I had never even heard of. And the color was questionable, unnatural bright yellow. Thought the ring was made of some kind of copper alloy, until I showed it to the jeweler. I could see that the metal was soft, the ring had multiple damages, but no pawn shop would accept such a piece.

I had once heard about dishes from past centuries with handles made of different materials, but I didn't believe it until I saw it myself. A collector I know bought an unusual silver service. The inside is gold and the handles are wooden. There is an engraving with the name of the master and a stamp with a hallmark. The set was made in Paris of silver 950 proof, and it costs an incredible amount of money, but it does not look like anything special.

With 950 assay encountered only when choosing a gift for his wife. It turns out that platinum is also expensive. Its advantage is the minimal amount of impurities in the alloy, which means that it will not oxidize or darken. Its steel white coating will remain so forever. In addition, many platinum jewelry is exclusive due to the rarity of the metal and its high cost. 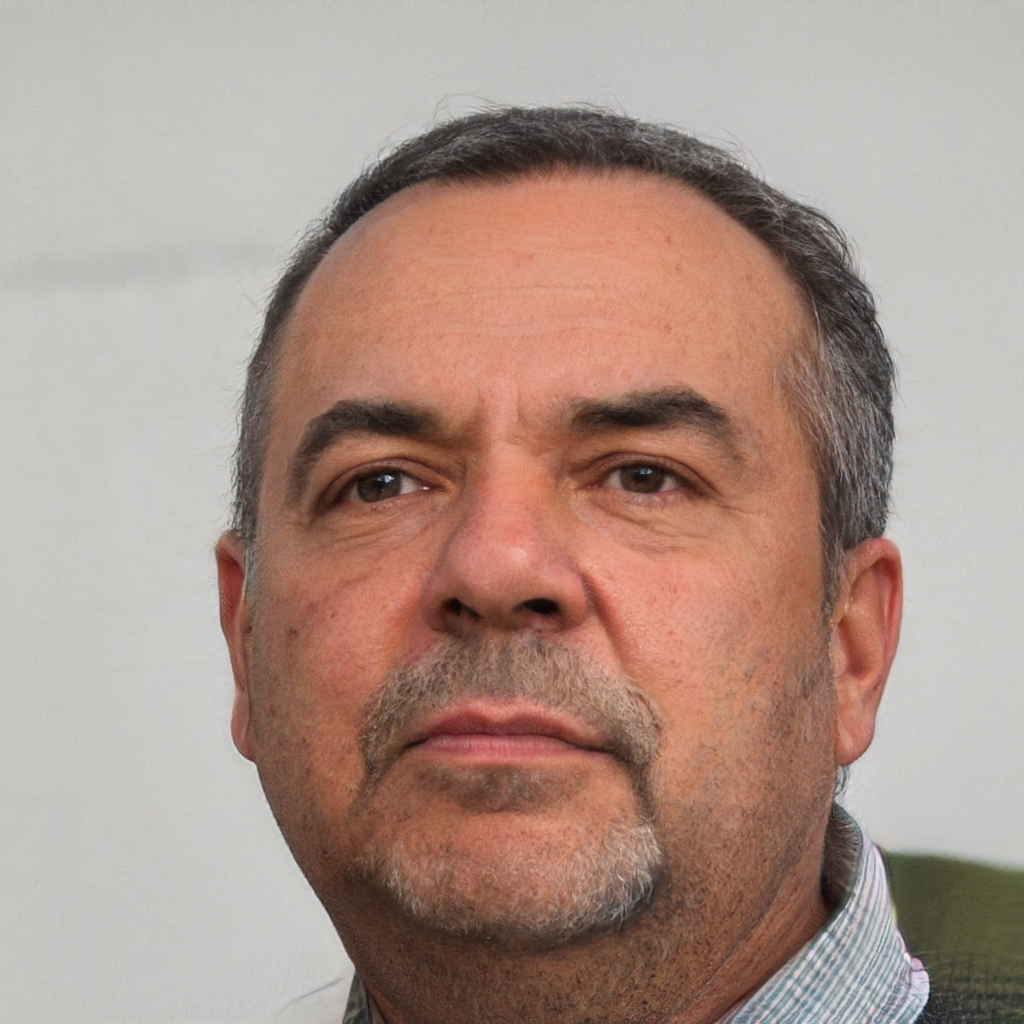 Molokanov N.M.
Jeweler, experience in jewelry manufacturing 26 years.
At different times there were several different metals with the 950 mark. Depending on the period of manufacture, gold jewelry or silver items could be found. But in today's world only platinum and palladium correspond to the 950 marking, which may differ in properties and value. However, not all jewelry stores know this.

A good jeweler always recommends using platinum for custom jewelry. The metal is used for engagement rings because of its durability and hypoallergenicity, but in general there is no limit to the choice of jewelry pieces.

The author of the article
Raisa Koshman
A chemical technologist by training. She is engaged in manufacturing silver and gold jewelry in her home workshop. She has the 4th category of jeweler.
Written articles
149
Post Views: 17,155
Tell your friends 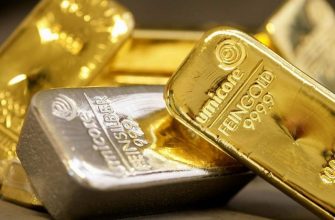 GOLD TREATMENTS
525 gold and silver hallmark: composition of metal alloys and range of shades, hallmark properties, application and cost of 1 gram
Gold alloys are represented by different variants, they
0 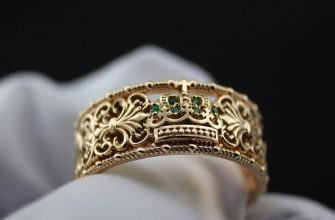 GOLD TREATMENTS
958 gold hallmark - what is it and what is the name of the alloy: composition, use for jewelry and in the form of investments, proper selection and care of products
Russia has a metric system for assessing purity
0
HOW TO CLEAN GOLD 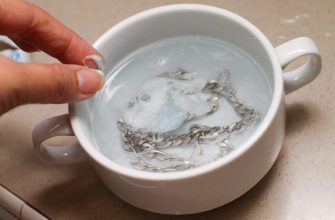 HOW TO CLEAN
Top 10 best ways, what and how to clean the silver chain at home from the black quickly and effectively to shine
When silverware has been in use for a long time
0 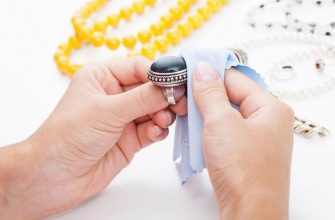